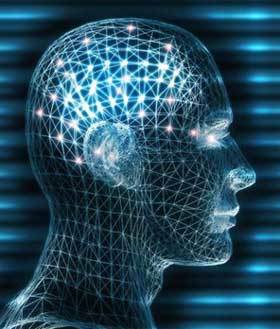 The mind body connection is so powerful, your thoughts can either create or heal disorders and disease

Most people have heard of the ‘Placebo Effect’. The term placebois generally used to describe a medicine or procedure, which has no physiological effect on a person, but because of their belief that it’s real, it has a psychological effect and creates healing.

Placebos are often used in medical trials to test the effectiveness of new drugs. It may be that 50% of the people taking part in the trial receive an actual drug and the other 50% receive a dummy pill, and in many such trials a high percentage of those receiving the fake medication experience a healing of their symptoms. These results are brought about by the physical effect our thoughts have on our body.

On the other hand, there is the Nocebo effect, which is the negative effect created by the mind. For example, a trial group may be told to expect possible side effects of nausea, dizziness or headaches when taking a drug, and many of those taking the dummy pill actually develop those symptoms.

The â€˜Noceboâ€™ effect is also a factor when someone develops a belief that they are likely to develop a disease, perhaps because of family history, or just through general negative expectations. In such cases, the disease can be created purely through the power of the mind on the body, becoming a self-fulfilling prophecy.

Other examples of the powerful effects of carrying a negative belief are where patients have been wrongly diagnosed with terminal illness and have subsequently died, but when an autopsy was carried out it was found that they hadn’t been suffering from the diagnosed illness after all. It was not their physical condition that had caused their death, it was their belief that they were going to die. In other cases, the health of patients diagnosed with serious illness rapidly deteriorated, until it was discovered that they’d been wrongly diagnosed, and on hearing the news they quickly returned to their previously healthy state.

Programme your mind for health

If you are told that you have a chronic, or incurable illness, or you tell yourself that you have a ‘condition’, and will always be on medication, the likelihood is, that will be your reality. The more you focus on illness and poor health, the more you are programming negative beliefs into your subconscious mind, and negative beliefs lead to negative emotions, which create further negative physical symptoms.

If you feel you need some help to change your thoughts and create a more positive mind-body connection, read my last blog post about EFT Tapping. Click here.

Find more information about EFT Tapping and the mind-body connection click on the links below:

The Power of EFT Tapping
Time for Reflection

Toni Mackenzie's 5* Amazon bestseller 'Your Flight to Happiness: A 7-Step Journey to Emotional Freedom' is available from Amazon worldwide, as well as other leading bookstores.

You can download a free sample, which includes the introduction and first chapter, by entering your details below.

This website uses cookies to improve your experience while you navigate through the website. Out of these, the cookies that are categorized as necessary are stored on your browser as they are essential for the working of basic functionalities of the website. We also use third-party cookies that help us analyze and understand how you use this website. These cookies will be stored in your browser only with your consent. You also have the option to opt-out of these cookies. But opting out of some of these cookies may affect your browsing experience.
Necessary Always Enabled
Necessary cookies are absolutely essential for the website to function properly. This category only includes cookies that ensures basic functionalities and security features of the website. These cookies do not store any personal information.
Non-necessary
Any cookies that may not be particularly necessary for the website to function and is used specifically to collect user personal data via analytics, ads, other embedded contents are termed as non-necessary cookies. It is mandatory to procure user consent prior to running these cookies on your website.
SAVE & ACCEPT